Recently, on a quiet Saturday afternoon, in between his gaming and my writing, my husband said to me (with a grin on his face), “I know how much you dislike this house, but you have to admit, our neighborhood is SOOO quiet, so peaceful.”

He was right. On both accounts.

I’ve not been a fan of this house from the moment we laid eyes on it (though it’s grown on me a little in the 3 1/2 years we’ve been here). However, our neighborhood is blissfully peaceful.

His observation resonates with me today, as I sit at my computer this bright, clear, crisp November Saturday. While much of the U.S. is dealing with frigid temps and white-out conditions….. 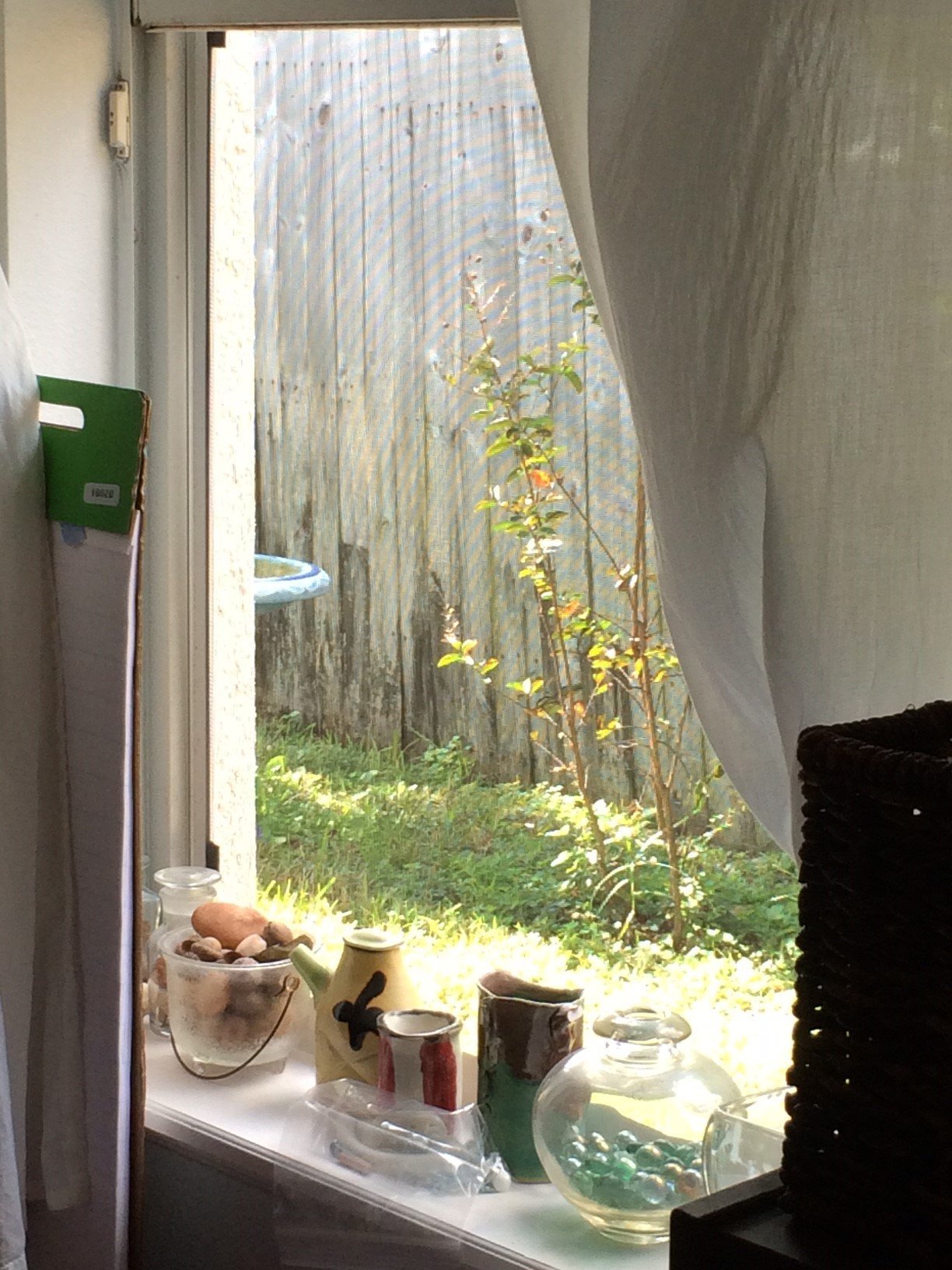 ……our windows and sliding doors are open.

From my home office (aka The Creative Space) window, I listen to the comforting sounds of a place I’ve grown to know ~ the occasional dogs barking, the next door neighbor’s saw buzzing as he works on another home project, his occasional “damn it!” which makes me laugh out loud, the distant whirring of a small plane’s engine, the dishwasher gurgling along, the creak and slam! of the neighbor’s screen door, the flutter of wings in the birdbath, a sputtering lawnmower in the distance (sounds like a tune-up might be needed), the chimes on the front porch singing their familiar tunes, a neighbor’s car passing by (not many of those), and the soft swaying of palm trees as they blow gently in the breeze.

Our First Art Party is in the Books: Feedback + Lessons Learned

COVID-19: Connecting Despite the Disconnections