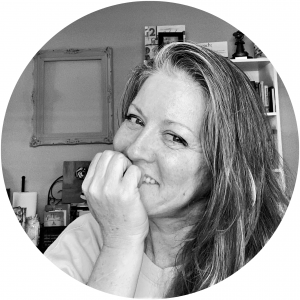 Hi, I'm Robin (RobinLK in the internet world)— a flip-flop wearing, coffee-drinking, question-asking Navy veteran and retired (I prefer "repurposed"!) educator who turned my side hustle and 'wish for something more fulfilling' into a full-time, thriving creative small business in 2021.

The fear is still palpable, a lifetime later.

Board the bus. Board the plane. Sit quietly, nervously.

Plane lands. Board the bus.

Uniform issue, hair cut, shots, ushered to barracks. Midnight? 1:00 AM? The air was cool that November. The night was still and quiet, punctuated by the barking orders coming from left and right. Didn’t matter how cool it was.  I was sweating.  Teeth chattered. Scared out of my mind.

You belong to Uncle Sam, now.  There’s no crying here!

A fact that fell on deaf ears as we solemnly moved along the concrete paths that led to the place we’d call home for the next nine weeks… if we made it through training.  Many did not.

What had I gotten myself into?

Four months before, June 1985, right out of high school, not ready to go to college, though prepped for it,  a post-graduation trip to Disney would be the SHARP left turn my life would soon take.

The air was hot and humid that June day. The recruiter’s office offered respite … and promise … for the next chapter in my life.

Turns out, the loss of one of her brothers in Vietnam was too much to bear.

Knowing her daughter enlisted broke her heart.  She did not understand why I did it.

I didn’t understand either.

Fifteen years after her beloved brother’s death, it was my turn to serve our country, an honor carried on by my maternal grandfather, my twin uncles, and now me.

Little did I know then, the impact my decision would have on the rest of my life.

God Bless the men and women who came before me and continue to serve long after me.  Thank you for your service, and for many, like my Uncle Larry, the ultimate sacrifice.

Thank you to the families and friends who keep memories strong. 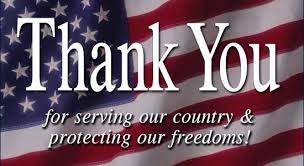 Our First Art Party is in the Books: Feedback + Lessons Learned